The Brotherhood is a group of teenage mutants, led by Magneto. They are similar to Xavier's students in that they've been gathered together for mutant defense and to hone their abilities, but their agenda is different. Largely recruited by Magneto from discontented mutants who have no desire to hide who they are or what they can do, they have few scruples, and are generally less interested in living with humanity than in using their powers to get what they want. They're based in an abandoned club named Asteroid M.

Erik Lenscherr is well known as an outspoken proponent for mutant rights. His past, however, is shrouded in mystery. It is known that Erik was raised by his grandmother, an Auschwitz survivor. He learned from an early age just how far bigotry and ignorance could be taken, and vowed that it would never happen again, not to him and not to anyone he cared about.

It wasn't until he was an adult that Erik's mutant powers manifested. He, his wife Magda, and their daughter were trying to cross secretly to West Berlin when they were discovered and shot at by East German soldiers. Erik watched his daughter Anya fall, and in his pain and anger lashed out, killing several soldiers in the process. His wife, terrified by his display of power, left him, and later gave birth to twins, Wanda and Pietro. Dying, she gave the children up for adoption.

It is rumored that Erik spent some time in prison for his crimes, but it's unknown how that was accomplished, and whether he escaped or was released.

It was only years later that Erik discovered the fate of his children, but in the interim, he'd developed a reputation as a mutant advocate - and for a time, was a close friend of Charles Xavier, also an expert on mutants. Fatherhood, however, cemented his beliefs - neither his children nor others would face the same fate as his birth family. Not if there was any way he could prevent it. Played by Ian McKellan (and Sue). 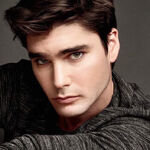 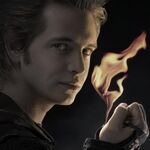 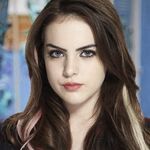 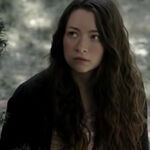